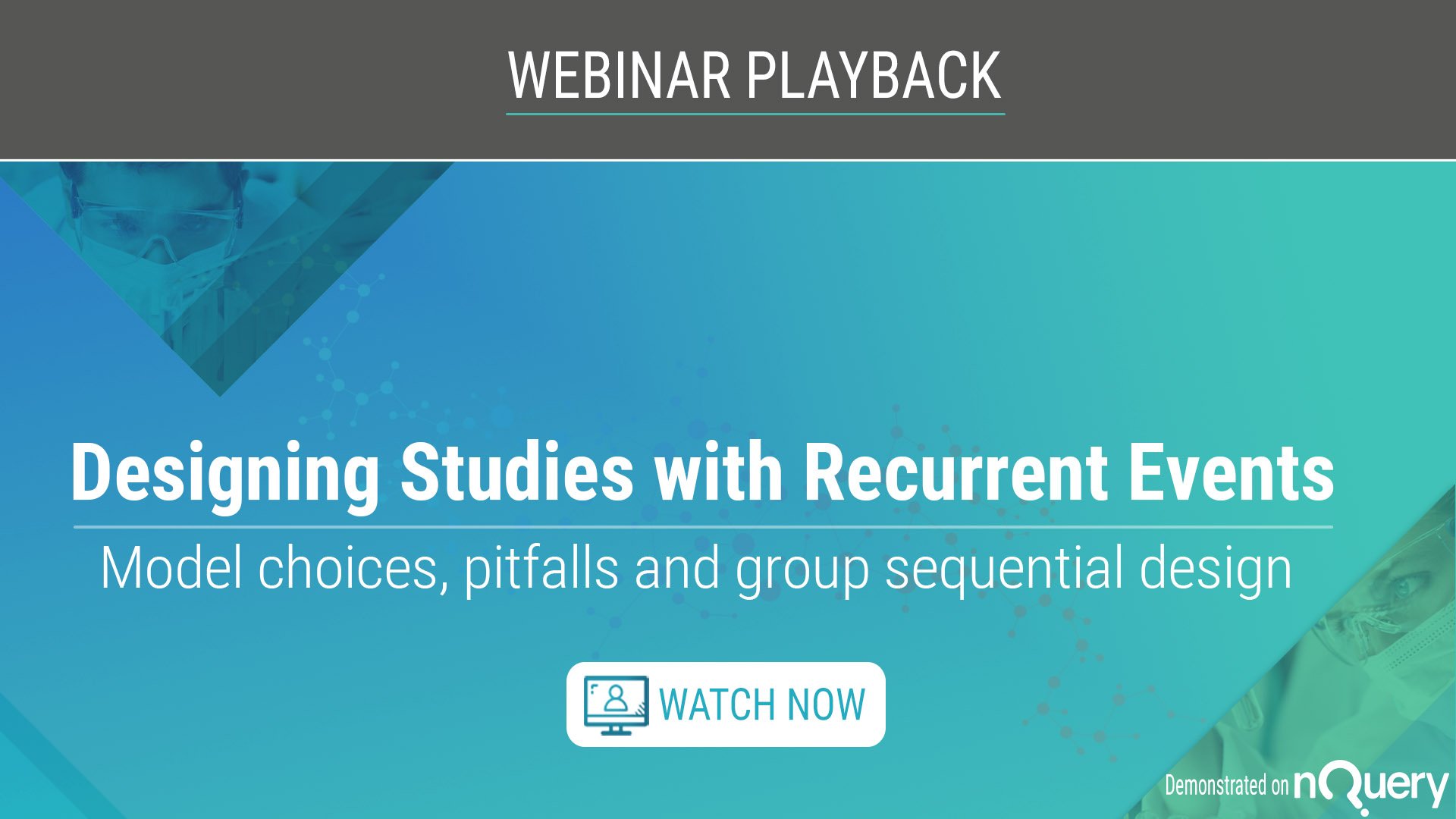 In this free webinar, we examine the important design considerations for analyzing recurring events and counts.

Recurring events are common in clinical trials (e.g. COPD exacerbations, MS relapses) but have often been analyzed using survival models or other approximations. But these simple approaches fail to use every event.

This has led to increasing interest in recurring event and count models and how these allow us to analyze all recurring events or counts and thus provide additional insight and power.

In this webinar, we will cover the different options for the analysis of recurring events and counts, the sample size calculations available for this area including adjustments for unequal follow-up and dropout, and extensions of the group sequential design framework to the recurring event endpoint.

Transcript of webinar
*Please note, this is auto generated, some spelling and grammatical differences may occur*

October 4, 2022 |
2 min read
Previous Story
← Companies with the most drug approvals for 2019
Next Story
FDA Guidance on Conduct of Clinical Trials during the COVID-19 Pandemic →