In this webinar, we examined the role of non-inferiority and equivalence in study design. 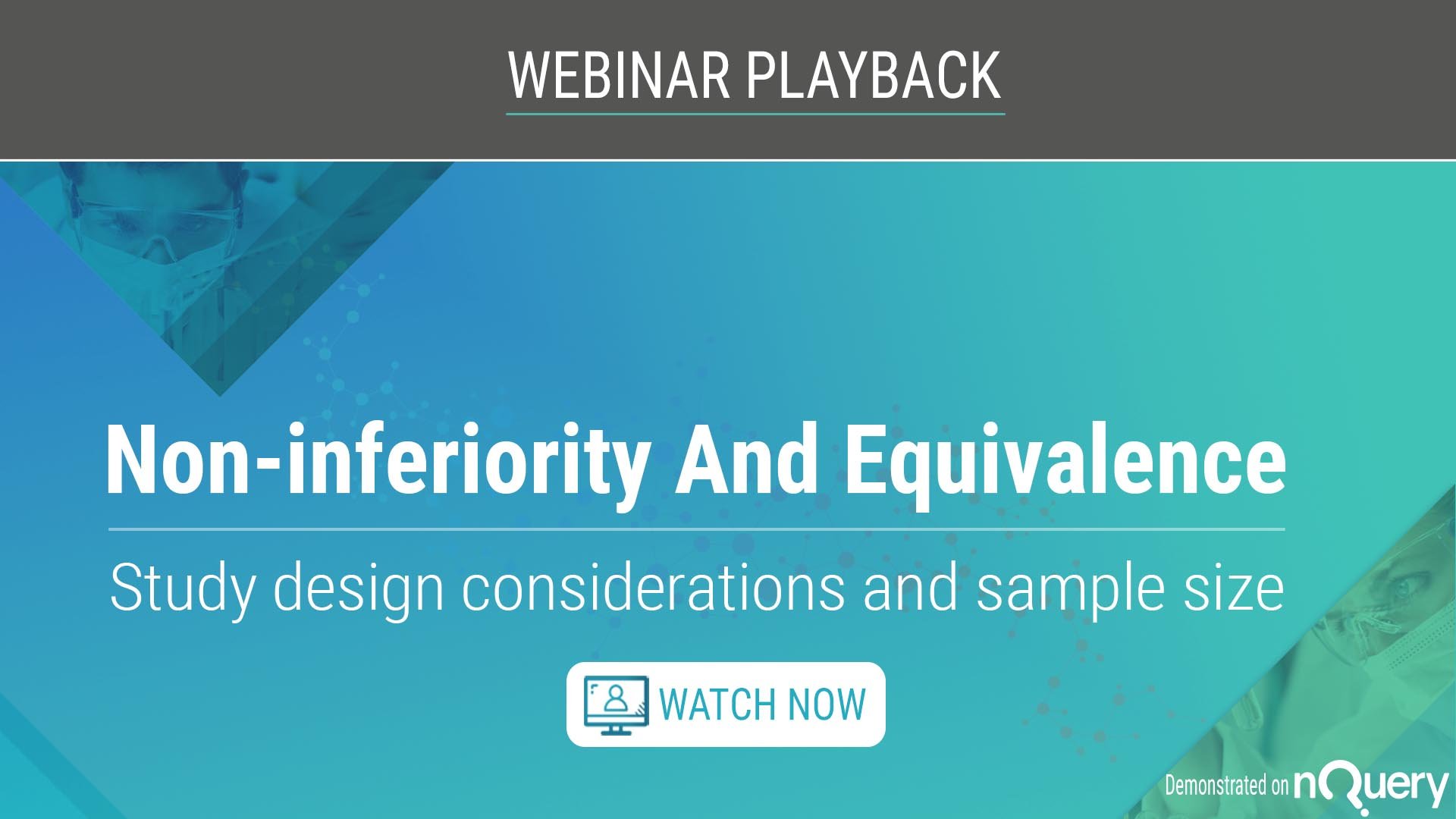 Note that the inverse of the non-inferiority hypothesis, known as superiority by a margin or super superiority, evaluates whether a new treatment is greater than the standard treatment by a specified margin. The null hypothesis is rejected if the difference is sufficiently above the superiority margin. This should not be confused with the common usage of “superiority testing” for the case of a testing a no difference (inequality) hypothesis.

What is a three armed trial?
Non-inferiority testing is a common hypothesis test in the development of generic medicine and medical devices. The most common design compares the proposed non-inferior treatment to the standard treatment alone but this leaves uncertain if the treatment effect is the same as from previous studies. This “assay sensitivity” problem can be resolved by using a three arm trial which includes placebo alongside the new and reference treatments for direct comparison.

In this webinar we show a complete testing approach to this gold standard design and how to find the appropriate allocation and sample size for this study.

Transcript of webinar
*Please note, this is auto generated, some spelling and grammatical differences may occur*