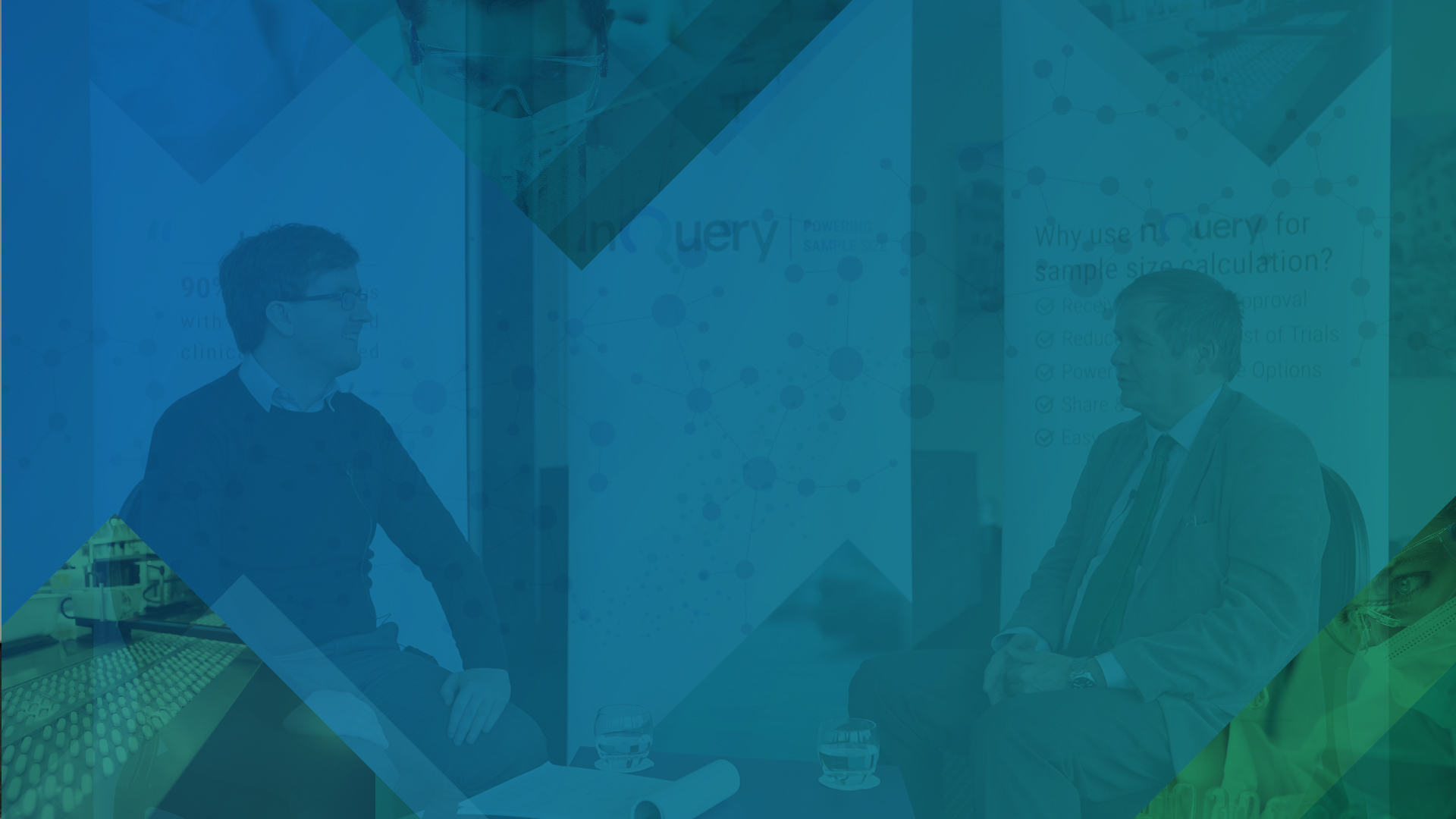 Statsols Head of Statistics & nQuery Lead Researcher, Ronan Fitzpatrick had the chance to sit down with Professor Stephen Senn to discuss dealing with uncertainty in clinical trials. Ronan: So returning to the question of having different objectives in your study there is a school of thought that one underutilized approach to doing sample size calculations is rather than focusing on testing on power that perhaps people in certain areas if they're very uncertain or just a set of clinical trials where decision making perhaps is not as big a deal that it should be based on precision that like you should be targeting a certain precision in your actual estimate rather than tying your sample size that's made to this decision approach the Frequentist decision approach. Do you see any merit in that?

Stephen: I think there is a lot of merit in that and I think also maybe Frequentists have not done enough to explain how the particular calculations they do could be interpreted in this way in which case they might become somewhat more palatable to Bayesians because if you think about it if what you do is you target 80 percent power and you have a five percent type one error rate 2-sided, which is a very very common combination or 2.5 percent one-sided which is perhaps a more honest way of describing it then in that case you're targeting a signal-to-noise  ratio if we put it in engineering terms of about 2.8 so let's say three.

So you can say a lot of typical power calculations are sort of saying how many patients would we need to study in order to get a data ratio of 3 signal-to-noise ratio. So ignoring any other prior information we have with just the data would have this from that point of view one can see that well you know maybe that's not such a such a difficult thing. The purpose of Delta then is a sort of scaling device it's a way of interpreting the standard error.

What the  standard error will come in particularly useful for is what do these units mean in practical terms to the patient and that's what the function of Delta is there and so you're targeting this value of three and so that's very very close then to although you've gone around the houses you've talked about a type one error rate you've talked about a type two error rate and so forth but basically what you're talking about ultimately is some sort of precision that you're targeting in the data and I think that this probably has quite a reasonable Bayesian justification as well. This doesn't mean that the values that we're targeting are necessarily correct, maybe three is not a good sort of target we're looking at and that's something we could maybe have more of a debate about among statisticians but it's another way of looking at it.