In this free webinar, we explore how simulation can be a powerful tool to assess whether your trial is on track to reach key milestones.

And if not, how to model the changes needed to get your study back on track.

Clinical trials rely on key study milestones being reached before interim or final analyses can be conducted.

Pre-trial assumptions are used to make informed decisions about when these milestones should occur. However, real trials will often have enrollment trends that vary from initial assumptions, requiring a recalibration of expectations and resources.

For survival (time-to-event) analysis, where key milestones relate to the number of events and the effect size, these considerations are even more important and also more complex to model.

This webinar also uses an early preview of the new nQuery Predict feature which will be released later this year for the prediction of enrollment and event milestones. 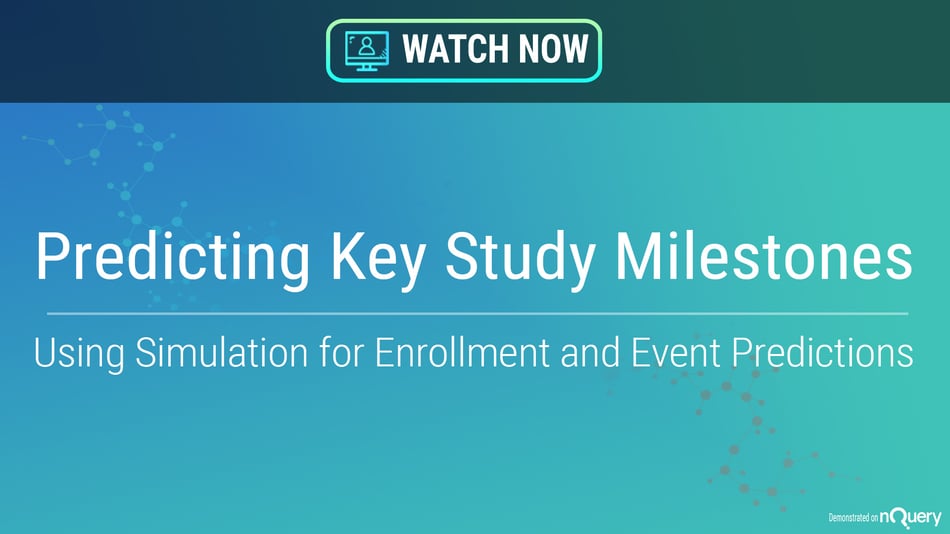 Webinar Transcript
*Please note, this is auto-generated, some spelling and grammatical differences may occur*