What Are The Clinical Trial Challenges Biostatisticians face

So in terms of  the design challenges overview, primarily I generally come from the perspective in terms of the type of people we generally deal with in clinical trials and of course the pharmaceutical biotechnology industries are probably the primary things of issue here. 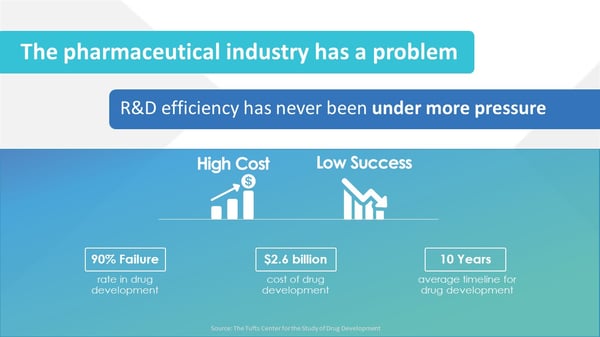 Therefore the feasibility of doing research in pharmaceuticals has become less and less which has led to all types of negative outcomes in terms of financially are these companies willing to invest in research and the type of research that does in terms of its innovativeness.

So of course now just some of the smaller statistics about ninety percent failure rate at two point six billion of the cost of developing the average drug and then your average of ten years from starting doing the drug development process from end to end. So obviously these are major challenges and obviously some of these are kind of I would say are intrinsic to the difficult question of deciding whether a treatment is worth having or worth approving but some of these can be ameliorated or helped by looking at the wider issue of how to design, the challenges that come with designing a study and what’s the best way of dealing with those problems.

Should we have more flexible designs in clinical trials?

We’re at a stage now because of this challenge because of this cost and the difficulty of getting drugs approved at a reasonable cost that all aspects of trial design are being reviewed and they really should have been reviewed. A lot of decisions or ideas or heuristics have existed as they tend to do on the basis that if ain't broke don't fix it. I think at this point if there is something breaking or we're seeing the strain of the current system that it's worth evaluating all of these things whether that's the availability of real word data, the whole big data issue thinking about  what are we actually trying to ask in our study, the specific statistical methods we're doing and of course whether we should have more flexible studies because I see a traditional clinical trial tended to be one in which you set out a protocol you applied the protocol and then you analyze the data. Obviously that underestimates incredible difficulty of writing with protocol and following one but that was the general idea of what you're supposed to be doing.

When we're talking about building better designs or the optimal design we need to have a lot of interest in is in terms of getting stakeholder buy-in I think the sponsor has a certain view on what they have a certain objective which is to get approval for the drug and then the regulator has their own incentives towards  ensuring that that drug has some additional value that would create your public benefit and therefore is worthy of approval. I think some of the other stakeholders and statisticians are, that's a relatively obvious one, but I think you know the the buy-in from clinicians and other on-site experts, the people who are actually administering the trial, is very important because I think often times maybe there's kind of a tension between the various stakeholders and those people on the ground who are actually doing the work. I think patients it's probably the one that in the last 10 years has become more and more important. I think traditionally maybe patients were considered to be an afterthought but I think patients advocacy groups have been a real strong voice recently for changing what a clinical trial should or should not be. Obviously you can debate the merits of various things that they're in favor of or that patients tend to go towards but I think the fact they're interested and that they are now active stakeholders does change the game  in terms of what you need to be doing.

I suppose in the background all of that kind of change regarding patients, build up and these issues of higher failure rates have led to a legislative push both in the u.s. via the Innovative Cures act and in the EU versus programs like the adaptive pathways program that they're innovative approaches of high interest to governments, people who are approving these drugs and it's creating an opportunity for wider dialogue about what is the appropriate way to design our clinical trials going forward.

I think one note of caution of course is that you know  when we are doing a clinical trial particularly a confirmatory phase 3 clinical trial you know some of the high costs, some of the high failure rates perhaps do reflect the higher expectations that the public and governments tend to have today about what they need to see before they're willing to invest the very large amounts of money required to purchase those drugs and obviously they're very high in stringent standards in terms of safety as well as efficacy so you know there is to a certain extent that some of the higher costs and some of the higher failure rates may reflect  the fact that the low-hanging fruit has been taken from in terms of the marginal difficulty of finding truly innovative cures but also the higher standards that we have in terms of you know side effects. I think recently a high-profile case is regarding contraception for males and what was perceived as a difference and standard in terms of what was an acceptable side effect versus the types of contraception which is already available for women so that's kind of an idea in the public sphere, in the public debate where that maybe illustrates that kind of problem.

What are the types of challenges in clinical trials?

In terms of the types of challenges we're  going to look over today, we're going to look firstly design constraints then we're going to look at statistical or analysis constraints or challenges and then we're going to look at flexible design which is kind of a challenge in the sense it's a bit different, it's a bit more difficult and seeing how that can actually work. So thinking in terms of the design constraints these are just basically things that are either physical real-world constraints that we have to work around or these are things that are required to basically create any standard type of analysis in a clinical trial. So obviously things like randomization have to be accounted for, stratification hierarchical multi-center effects or covariant effects in general, things like the recruitment and how to get recruitment and how to deal with unequal recruitment or in terms of like the amount or follow-up time.

Blinding is a major practical issue and things like intervention to treat for examples maybe more of a one although it probably falls somewhere in between Group one and group two here. These are kind of like the practical constraints that exist. I think today we're going to focus on  a practical one of the effect of hierarchical type data or multi-center data in the context of clinical trials you know where basically there is nested data and it is also coming from multiple different clusters or centers or whatever a grouping categorization you prefer. So we’re going to be focusing in on that and showing some of the practical issues to come with planning for such a study which has those issues which obviously is becoming more prevalent as time goes on even in clinical trials or especially in clinical trials.

In terms of statistical analysis challenges these are a very wide kind of set here, obviously there's a classic issue of like what statistical model to choose although you know I tend to be from the school of you know that often isn't the most important thing necessarily. There's a whole issue and debate right now about how to develop appropriate end points in the context of clinical trials, obviously the ICH work on estimates is very important and it's coming out recently and was  incredibly vital in terms of deciding what is the actual thing that we measure and actually accounting for all the kind of things that have gone into it fully things like multiple imputation, things like ITT, these are all things which may be traditionally put aside and just maybe not consider this thoroughly as it should have been and thankfully is changing right now. Then there's stuff like you know what I policies you're testing. The one we’re really focusing on today is success criterion which just kind of digs down into the idea I think particularly in the regulatory context that you know there's a lot of debate about what we should or shouldn't be doing in clinical trials and in general, but there is a big question I think for all of the methods that could be proposed whether that's p-values or alternatives to them about what success or predefined success should mean or whether predefined success is a good thing in the first place. That's the kind of criterion we're focusing on today in group two.

Finally, flexible design comes down to things like interim analyses, adaptive changes to trials basically we're making decisions or changing the trial once ongoing in a formal fashion in those two cases but also you know the issue of dealing with changes as  often times what we expected to happen our protocol doesn't end up being true so we need to adapt to that on those kind of ad-hoc changes.What we're focusing on today is sample size re-estimation as an example of a formal adaptive design where the types of changes that we could realistically expect or we want to realistically consider are integrated on a per protocol basis so changes on our protocol basis rather than an ad hoc kind of out of protocol basis. 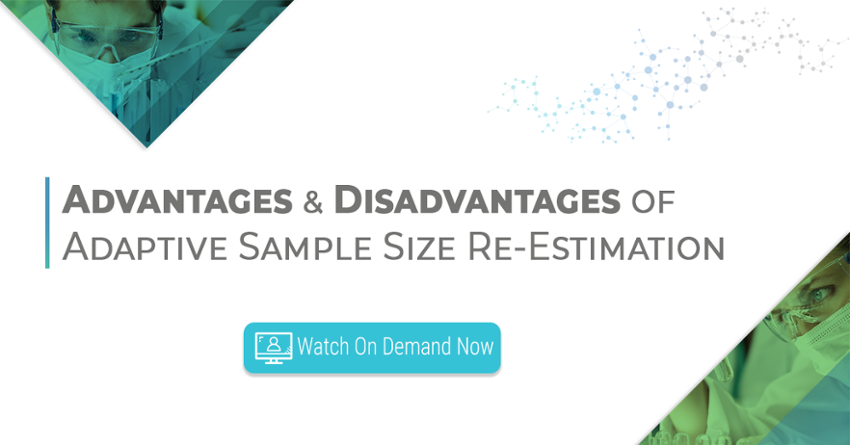