Companies with the most drug approvals for 2019

Companies with the most drug approvals for 2019

In any given year, it is always interesting to assess the various companies that have received FDA CDER approval. Viewing the approvals by company, gives us a good insight into the R&D environments of different companies, as well as perhaps pointing the way to future R&D pathways for new, emerging and established pharma & biotech organisations.

In 2019, 56 different companies received at least one approval from FDA CDER.

The company with the most approvals by FDA CDER in 2019 is….actually 2 companies…..Novartis and Pfizer….each with 7 approvals. Amgen scored next highest with 4 approvals, while a host of companies had 3 approvals, including Abbvie, Eli Lilly, Janssen and Roche.

Let's take a closer look at some of these companies, the drugs that were approved and the associated therapeutic areas.

Adakveo (crizanlizumab-tmca) injection to help prevent vasoocclusive crisis, the most common complication of sickle cell disease and a very painful condition that results when tissues in the body do not receive enough oxygen.

Beovu (brolucizumab-dbll) to treat patients with wet age-related macular degeneration, a leading cause of severe, irreversible vision loss in people over 60.

Egaten (triclabendazole) tablets for the treatment of fascioloasis (liver fluke infestation) is the first FDA-approved drug for this neglected tropical disease, usually transmitted to humans following consumption of larvae in contaminated food or water.

Entresto (sacubitril and valsartan) tablets, already approved by CDER in 2015 for treatment of adults with chronic heart failure, in 2019 CDER approved Entresto to treat children aged one year and older with heart failure.

Zienxtenzo (pegfilgrastim-bmez), approval by CDER of the the 3rd biosimilar to Neulasta.

Vyndaquel/Vyndamax (tafamidis meglumine /tafamisis) capsules approved for the treatment of cardiomyopathy. Vyndaquel and Vyndamax have the same active ingredient and are the first drugs approved by FDA for ATTR-CM in adults.

Fragmin (dalteparin sodium), originally approved in 1994 to help prevent myocardial infarction, DVT and VTE, in 2019 Fragmin became the first ever drug approved for anticoagulation in pediatric patients aged one month and older to reduce the recurrence of symptomatic venous thromboembolism which is often associated with increased risk of in-hospital mortality.

Abrilada (adalimumab-afzb), the 5th biosimilar to Humira to be approved by FDA CDER since 2016. It is approved for a variety of uses, including rheumatoid arthritis, juvenile idiopathic arthritis, ankylosing spondylitis and adult Crohn’s disease.

Trazimera (trastuzumab-qyyp) is the 4th biosimilar to Herceptin to treat patients with breast or metastatic stomach cancer. FDA CDER first approved Herceptin in1998 with the first biosimilar product approved in 2017.

Ruxience (rituximab-pvvr) is the 2nd biosimilar to Rituxan to be approved for FDA CDER to treat adult patients with CD-20-positive, B-cell non-Hodgkin’s lymphoma. Rituxan was first approved in 1997 and is on the World Health Organisation’s List of Essential Medicines.

Zirabev (bevacizumab-bvzr) is the 2nd biosimilar to Avastin to be approved by FDA CDER to prevent the growth of certain types of tumors including metastatic colorectal cancer, non-squamous non-small cell lung cancer, metastatic renal cell carcinoma and cervical cancer. Avastin was first approved in the USA in 2004.

Dovato (dolutegravir and lamivudine), a combination of two previously approved drugs, this is the first FDA-approved two-drug, fixed-dose, complete regimen for HIV-infected adults who have never received treatment for HIV, eliminating additional toxicity associated with a previous 3-drug regimen.

Vivv, a joint venture company of Pfizer and GSK, developed Donato and received the FDA approval.

Evenity (romosozumab-aqqg) injection to treat osteoporosis in postmenopausal women at high risk of fracture. More than 10 million people in the US have osteoporosis, a condition most common in women who have gone through menopause.

Avsola (infliximab - axxq), the 4th biosimilar to Remicade, approved to treat a variety of autoimmune diseases including, Crohn’s disease, pediatric Crohn’s disease, ulcerative colitis, rheumatoid arthritis, ankylosing spondylitis, psoriatic arthritis and more. FDA CDER first approved Remicade for use in the US in 1998.

Jatenzo (testosterone undecanoate), an oral testosterone capsule to treat men with certain forms of (non-age related) hypogonadism, low levels of testosterone due to specific medical conditions. Until this approval, testosterone replacement therapies have most commonly been applied to the skin or injected.

Skyrizi (risankizumab-rzaa) injection for the treatment of moderate-to-severe plaque psoriasis in adults who are candidates for systemic (inside the body) therapy or phototherapy (exposure to ultraviolet light) is used.

Rinvoq (upadacitinib) tablet, used to treat adult patients with moderately to severely active rheumatoid arthritis in whom methotrexate did not work well or could not be tolerated.

Mavyret (glecaprevir and pibrentasvir) tablets. Originally approved as an 8 week treatment duration for adults with chronic hepatitis C virus, in 2019 FDA CDER expanded approval of this treatment regime to include patients aged 12 years and older, weighing at least 99 pounds. Prior to this approval,standard treatment length for the affected patients was 12 weeks or longer.

Balversa (erdafitinib) tablets one of the First-in-Class approvals in 2019 under FDA CDER’s accelerated approval program, Balversa is approved for adult patients with locally advanced or metastatic bladder cancer that has a type of susceptible genetic alteration known as FGFR3 or FGFR2.

Darzalex (daratumumab) injection, originally approved by FDA CDER in 2015 for the treatment of patients with multiple myeloma who were previously treated unsuccessfully  with other specific therapies. It was approved in 2019 to be used in combination with certain other already FDA-approved medications for the treatment of patients with newly diagnosed multiple myeloma who are ineligible for a bone marrow transplant.

Spravato (esketamine) nasal spray, closely related to the drug ketamine, which was originally approved in 1970 under the brand name Ketalar as an injectable anesthetic for surgical procedures. In 2019 FDA CDER approved Spravato Nasal Spray to be used in conjunction with other oral medication to treat patients with  treatment-resistant depression. 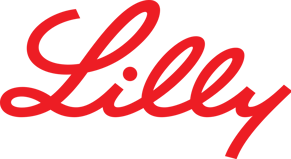 Emgality (galcanezumab-gnlm) injection. Originally approved by FDA CDER in 2018 to prevent migraine, in 2019, it was approved for the treatment of episodic cluster headache. It is the first FDA-approved drug that reduces the frequency of cluster headache attacks. This form of headache produces extreme pain and tends to occur in clusters, often at the same time of the day for several weeks or months.

Baqsimi (glucagon), nasal powder, approved to treat patients with diabetes ages 4 years and older who have severe hypoglycemia. This new way to administer glucagon simplifies the process of administration of the medication, which can be critical during an episode of hypoglycemia,especially since the patient may have lost consciousness or may be having a seizure.

Polivy (alpelisib) tablets, ussed with the FDA-approved endocrine therapy fulvestrant, to treat men and postmenopausal women with specific advanced or setastatic breast cancer. Metastatic breast cancer is breast cancer that has spread beyond the breast to other organs in the body (most often the bones, lungs,liver or brain). FDA CDER approval was awarded to Genentech, a Roche subsidiary company.

Rozlytrek (entrectinib) capsules, approved under FDA CDER’s accelerated approval program to treat certain patients 12 years and older whose metastatic solid tumors have the biomarker “NTRK gene fusion-positive”. Treatment with this drug for this purpose is known as being “tissue agnostic”, meaning the therapy can be used to treat any kind of tumor with this genetic characteristic, regardless of where in the body the tumor originated. This is the 3rd FDA-approved “tissue agnostic” cancer treatment in two years and was again awarded to Genentech, a Roche subsidiary company.

Kadcyla (ado-trastuzumab emtansine) injection, originally approved in 2013 for teh treatment of certain patients with HER2-positive, metastatic breast cancer, FDA CDER approved Kadcyla in 2019 for use in certain patients with HER2-positive early breast cancer. This approval represents a significant treatment advance as the drug is now approved to be available for some patients much sooner than previously, helping to reduce the risk of disease recurrence. FDA CDER rapidly reviewed and approved the application under FDA’s Real-Time Oncology Review and Assessment Aid Pilot programme, leading to an approval 12 weeks after the drug’s application was submitted. 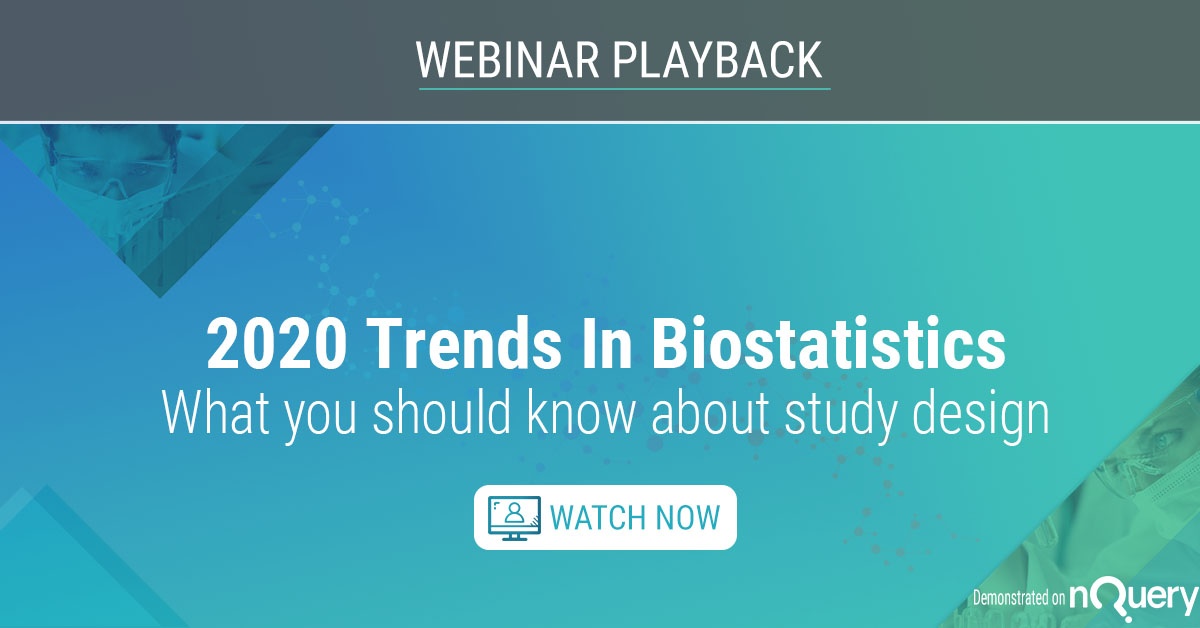